What Is A Stinging Insect?

A stinging insect is a term used to describe insects that can sting humans and pets. While there are many stinging insects, some of the most common include bees, yellowjackets, wasps, and hornets. All of these stinging insects belong to the Hymenoptera order, which surprisingly includes ants too. Many stinging insects are helpful pollinators, but some can pose a risk to humans. And, it is important to remember that they can damage your property. Before you can begin working to remove the stinging insect from your home, you’ll need to identify the species.

In our service area, our clients are likely to see paper wasps, bald-faced hornets, honeybees, carpenter bees, and yellowjackets. We normally do not have to worry about hornets.

Which Stinging Insect Is In My Home?

These moderately aggressive stinging insects usually won’t sting unless you get too close to them. Furthermore, stay away from their nest.

Nest – The paper wasp nest will be small and gray with a honeycomb layout. These nests can be found under eaves and overhangs. Paper wasps may also build nests on fences.

Appearance – There are numerous species of paper wasps. The most common in our service area is the European Paper Wasp and the Northern Paper Wasp. The former has yellow and black stripes. The other has a brown body with several dark orange areas. Yellow or white stripes can be found along the wasp’s abdomen.

Nest – Yellowjacket nests are home to hundreds or thousands of individuals. The nests are normally covered in a black or gray paper-like material, and yellowjacket nests can be found in attics, dense bushes, and under porches. Some species prefer building their nests under the ground.

Appearance – Yellowjackets have yellow and black stripes on their body and head. They have two black antennas. They can fly at fast speeds while tucking their legs against their body.

Bald-faced hornets are one of the most aggressive stinging insects on the planet. Their aggression level is maximized in late summer and fall because the colony is bigger then.

Nest – Their nests are larger with many individual insects. Nests are often shaped like an upside-down teardrop ball. They can be attached to trees, bushes, and the side of buildings.

Appearance – Bald-faced hornets are black and white with a smooth body. They have a sting as well as a slightly larger thorax, abdomen, and head.

Honeybees are usually not aggressive. Some strains are bred to be gentle to humans.

Nest – A honeybee nest will be very intricate. It is made of made and can be found on walls, trees, and rocks. They have a honeycomb pattern. They’re different from other stinging insects because a colony can last several years.

Appearance – Honeybees are orange or yellow with a fuzzy brown body. They have a stinger.

Carpenter bees aren’t aggressive. You can approach their nest without worrying about being stung.

Nest – Carpenter bee nests are round homes that 3/8 inches in diameter. Their nests are built in siding, fascia, and decks with most of the work taking place in Spring. The wood is discarded before the carpenter bee uses the hole to rear its young.

Appearance – Carpenter bees are often mistaken for bumblebees. Males have a small yellow mark on their faces that makes them easy to identify.

Will Stinging Insects Pose A Danger?

Furthermore, you can determine the aggression level by looking at the stinging insect’s nest. A bigger nest will mean that the insect is more aggressive. It is best to stay away from large nests. Instead, call a professional and let them eliminate the stinging insect for you. Some insects are dangerous and others will destroy your property. Get rid of them quickly to reduce the likelihood problems will occur.

Stinging insects will approach your home because they’re looking for places to build nests.

How Can I Remove Stinging Insects?

Since they pose a serious risk, removing stinging insects can be dangerous. It is best to let a professional handle the problem. You can purchase various DIY sprays, but they’re not as effective as commercial products. Furthermore, you’ll likely get attacked by the bees when you begin spraying their nest. If you intend to remedy the problem alone, wait until the sun goes down because the bees will be less aggressive then. Still, it is best to hire a professional. We offer cost-effective stinging insect removal services so we can help you deal with this problem promptly.

Is Your Treatment Safe?

Yes. Our company works with the best exterminators in Richmond. We work diligently to keep our customers safe. Our treatments rely heavily on EPA-registered products to guarantee the client’s safety. Furthermore, we force our exterminators to follow strict protocols that will increase the safety of our services.

How Much Will The Stinging Insect Extermination Cost?

Ultimately, the price of our service will depend on several factors.

When Can You Begin?

Contact us to schedule an appointment with one of our friendly exterminators as quickly as possible. We can likely respond to your inquiry in 24 to 48 hours.

How Can I Prevent Stinging Insects From Returning?

It is hard to prevent stinging insects from approaching your property. If they decide your property has viable nesting locations, they’re going to stick around. We offer a home service program that will help. By paying an affordable annual fee, clients can receive three visits from one of our qualified exterminators each year. We’ll inspect your property to determine whether stinging insects are around. If they are, we’ll put together a plan to get rid of them immediately. You can always count on us.

If you have any other pest control issues please check out other services. 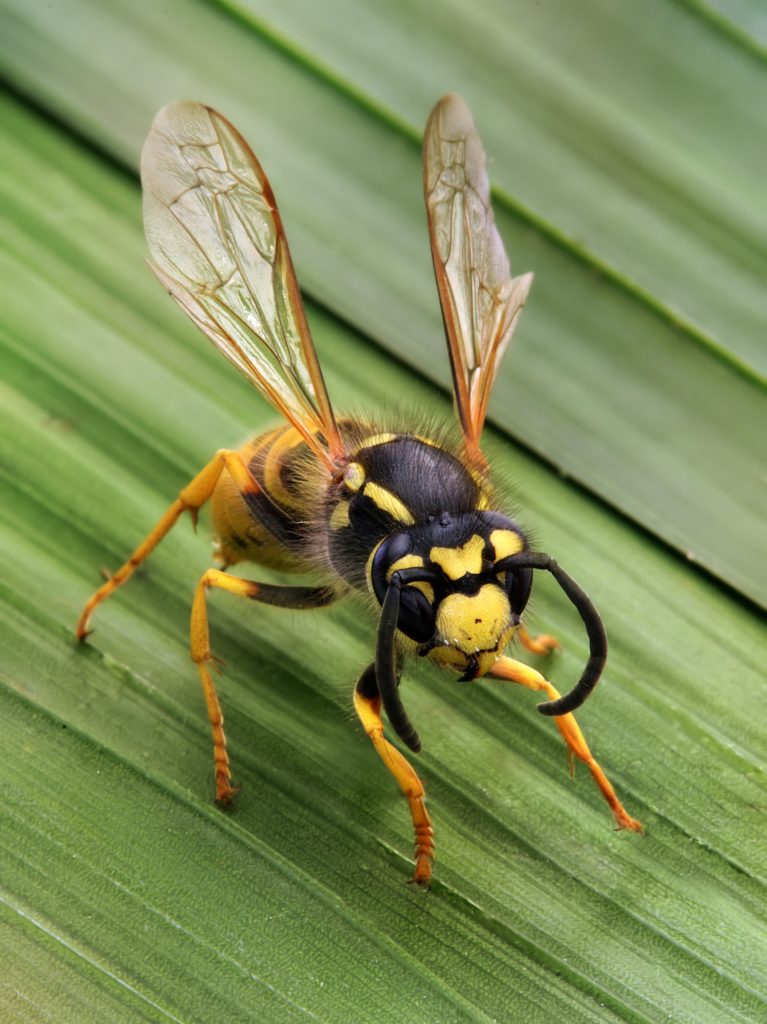